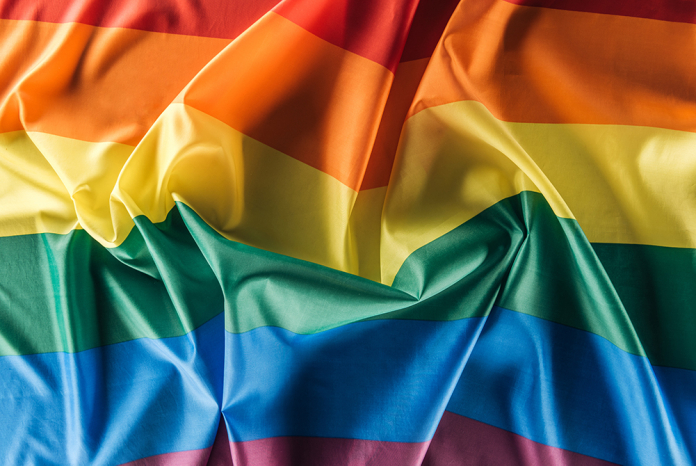 That said, the meaning of LGBTQ+ niche is not only a normal commercial niche, but it is a social acceptance that shows our support to the endurance of LGBTQ+ towards their sexist stereotypes and prejudices. That goes far beyond wedding cakes and gay cruises. Products of all kinds can be successfully tailored and flexible to LGBTQ+ specific demands. It can be a t-shirt with meaningful quotes or a couple of ornaments printing their anniversary date to remind them of all the memories they have gone through together.

– You are the other haft of my rainbow

– My favorite color is rainbow

– You are the designer of your own destiny

– Same-sex family: I have two dads/moms

– I am the rainbow sheep of the family

– Love is no gender

Beyond specific products, you should include LGBTQ+ people in brand messages, signaling to this target audience that they are recognized, seen, heard, and respected. The key thing is you must be truly engaged with the LGBTQ+ community and work to capture the essence of their culture instead of just looking for their money. Todd from Attitude magazine said that “Seeing gay people represented in ads impacts purchasing decisions. They have had to endure prejudice throughout their lives so are often willing to respond to brands that cater to them.”

Here are some tips for marketing to the LGBTQ+ community:

Advertising often stereotypes and LGBTQ+ individuals often dislike the social assumptions and stereotypes. Instead, they appreciate seeing themselves portrayed in more normalized ways. Intentionally or not, LGBTQ+ people usually stick with the familiar image of effeminate gay men or tough-looking lesbians. When marketing to the community, it is critical to avoid using clichés and stereotypes alienating and reinforcing negative images of LGBTQ+ people. Seeing them as normal people without any assumptions and prejudices is what they have been fighting for centuries.

Check out Gillette’s touching and heartwarming advertisement – a perfect example of normalization, in which a father teaches his transgender son to shave for the first time.

In fact, they are gay 12 months a year. Why do you only compete for their attention in Pride month when you can attract them year-round? The demand of identifying themselves to the world is higher than others since prejudices and stereotypes towards their sex have existed for decades. The need to be accepted for 24 hours a day, 365 days a year, not in only a month is always there within their inner selves.

Messages of inclusion, equality, and diversity are having a widespread impact online all year round, according to Youtube and Google. With that being said, pride marketing strategy is expected to work more efficiently for e-commerce stores since such messages are spread at the speed of a whirlwind. Brands and stores should not miss this niche due to its commercial and socially supportive function towards the huge LGBTQ+ group of people.

Advertising does not always need to be filled with glitter, rainbows, or other well-known symbols of the LGBTQ+ community. Instead, marketing to them can be as simple as inclusion as when the Campbell’s Soup commercial features two dads in the kitchen with their son.

Tiffany & Co’s advertising campaign features its first gay couple. These seem simple and normal, on the other hand, hold a bunch of meaningful messages to the community.

Marketing campaigns do not really need to exaggerate huge things about LGBTQ+, it can be a real usual thing in our daily life. People in the community are just as usual as many others. They are the same as us. 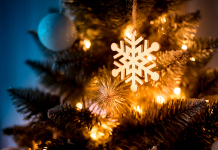 CHRISTMAS PROMOTION IDEAS TO DOUBLE SALES FOR YOUR ECOMMERCE EVERYTHING YOU MUST KNOW ABOUT CHRISTMAS THE ULTIMATE GUIDE TO WIN THE BUY BOX ON AMAZON

10 FUN FACTS ABOUT THE US INDEPENDENCE DAY

4 WAYS TO INCREASE TRAFFIC FOR ECOMMERCE BRAND WITHOUT PAID ADS

Gearment is a print on demand company that simplifies the selling process for customers from ordering, inventory, printing to fulfillment. We provide an all in one service that allows customers to take a greater care on designing and marketing the products.
Contact us: info@gearment.com

UPDATE NEW VAT RULES FROM EU AND OTHER COUNTRIES AFTER 1...

E-COMMERCE: AN INCREDIBLE RISE DURING THE COVID-19 PANDEMIC